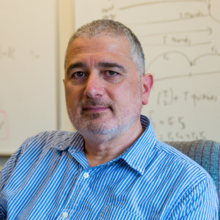 There are significant gaps between legal and technical thinking around data privacy. Technical standards of privacy are described using mathematical language and strive for mathematical rigor whereas legal standards are not rigorous from a mathematical point of view and the concepts underlying them are only partially defined. As a result, arguments about the adequacy of technical privacy measures for satisfying legal privacy often lack rigor, and their conclusions are uncertain. We ask whether it is possible to introduce mathematical rigor into such analyses so as to “prove” claims that technical privacy measures meet legal expectations. We explore some of the gaps between legal and technical approaches to privacy and present initial strategies towards bridging these gaps.

As a particular example, we focus on the concept of singling out from the EU’s General Data Protection Regulation (GDPR). To capture this concept, we define a new type of privacy attack, predicate singling out, where an adversary finds a predicate matching exactly one row in a database with probability significantly better than a statistical baseline. We then argue that any data release mechanism that purports to “render anonymous” data under the GDPR should prevent predicate singling out. Hence, the concept has legal consequences as it can be used as a yardstick for arguing whether data release mechanisms meet the GDPR standard of data anonymization.
Based on joint work with Micah Altman, Aloni Cohen, and Alex Wood.
Bio:
Prof. Kobbi Nissim is a McDevitt Chair at the department of Computer Science, Georgetown University and affiliated with Georgetown Law. Nissim’s work is focused on the mathematical formulation and understanding of privacy. His work from 2003 and 2004 with Dinur and Dwork initiated rigorous foundational research of privacy and in 2006 he introduced differential privacy with Dwork, McSherry and Smith. Nissim was awarded the Caspar Bowden Privacy for research in Privacy Enhancing Technology in 2019, the Gödel Prize in 2017, IACR TCC Test of Time Awards in 2016 and in 2018, and the ACM PODS Alberto O. Mendelzon Test-of-Time Award in 2013.
Zoom: https://yale.zoom.us/j/93537648931