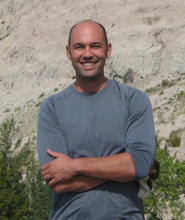 Over the last twenty years, computer science has relied on concepts borrowed from game theory and economics to reason about applications ranging from internet routing to real-time auctions for online advertising. More recently, ideas have increasingly flowed in the opposite direction, with concepts and techniques from computer science beginning to influence economic theory and practice.

In this talk, I will illustrate this point with a detailed case study of the 2016-2017 Federal Communications Commission incentive auction for repurposing wireless spectrum. Computer science techniques, ranging from algorithms for NP-hard problems to nondeterministic communication complexity, have played a critical role both in the design of the reverse auction (with the government procuring existing licenses from television broadcasters) and in the analysis of the forward auction (when the procured licenses sell to the highest bidder).

Tim Roughgarden is a Professor of Computer Science at Columbia University. Prior to joining Columbia, he spent 15 years on the computer science faculty at Stanford, following a PhD at Cornell and a postdoc at UC Berkeley. His research interests include the many connections between computer science and economics, as well as the design, analysis, applications, and limitations of algorithms. For his research, he has been awarded the ACM Grace Murray Hopper Award, the Presidential Early Career Award for Scientists and Engineers (PECASE), the Kalai Prize in Computer Science and Game Theory, the Social Choice and Welfare Prize, the Mathematical Programming Society’s Tucker Prize, and the EATCS-SIGACT Gödel Prize. He was an invited speaker at the 2006 International Congress of Mathematicians, the Shapley Lecturer at the 2008 World Congress of the Game Theory Society, and a Guggenheim Fellow in 2017. His books include Twenty Lectures on Algorithmic Game Theory (2016) and the Algorithms Illuminated book series (2017-2019).