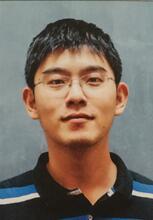 Title: Toward Applications and Toolchains of Analog Quantum Computing

In this talk, I will present two projects toward this paradigm change. First, we present quantum Hamiltonian descent (QHD), a proposal of a truly quantum counterpart of classical gradient methods for continuous optimization. QHD is derived by a path integral quantization of certain dynamical systems governed by classical physics, which are shown recently as the continuous-time limit of classical gradient methods. We develop an analog implementation of the resultant QHD algorithm and empirically observe QHD’s performance on randomly generated non-convex quadratic programming instances up to 75 dimensions, which significantly outperforms a selection of state-of-the-art classical solvers and the quantum adiabatic algorithm. Second, we present a domain-specific language for quantum simulation, called SIMUQ, which supports a direct compilation from the description of Hamiltonian evolution to the pulse-level schedule of heterogeneous analog quantum simulators.