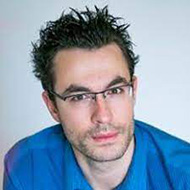 The CCS Test of Time Award recognizes papers that report research with long-lasting influence and significant impact on one or multiple subareas of systems security and privacy, through opening new research directions, proposing new technologies, or making new discoveries to create a better understanding of security risks.

Searchable encryption started as a field in 2000 but only the scenario of static databases was initially studied. The paper, coauthored with Seny Kamara and Tom Roeder, was the first to address the dynamic aspect, where files can be arbitrarily added and/or deleted. They observed that while adding could be done in a way that minimizes the leakage, deleting a file was much more challenging, and proposed a novel data structure to delete a file without traversing the whole inverted list (which would increase the leakage dramatically). The authors included a full-fledged implementation.

The paper served as the starting point for a series of follow-up papers on dynamic encrypted databases with much improved security guarantees: new security definitions for dynamic searchable encryption were proposed and notions like forward and backward privacy were studied extensively. Now that encrypted databases are becoming commercialized, supporting dynamic secure indices is of great importance and this paper crucially contributed to advancing this technology.

Papamanthou serves as the co-director of the Yale Applied Cryptography Laboratory and his research focuses on computer security and applied cryptography. His current efforts include verifiable and privacy-preserving computations, with applications to cloud computing security, leakage-abuse attacks on searchable encryption systems, private and scalable blockchains and cryptocurrencies, as well as building real-world privacy-preserving systems.