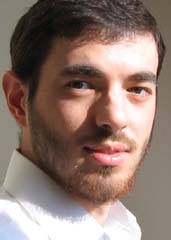 The paper “C-Store: A Column-oriented DBMS” has been selected for the 2015 VLDB 10-Year Best Paper Award.

According to the VLDB selection committee, winning papers are those that were submitted 10 years earlier to the journal VLDB Proceedings and have best met the “test of time” - that is, those that have had the most influence since its publication. How the ideas proposed in the paper have been put into practice are given special emphasis.

C-Store has since been commercialized by a start-up company called Vertica. The company’s service has been used by thousands of businesses across the world, including Twitter, Verizon, Comcast, Groupon, Blue Cross Blue Shield, Zynga, and AOL. It’s been used, for instance, to develop a data-driven approach to building indices of wildlife communities in tropical forests. In 2011, Vertica was acquired by Hewlett-Packard and has continued to be a successful business.