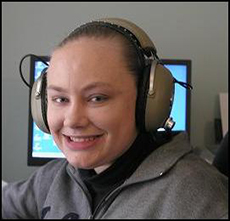 The second Tuesday of October is Ada Lovelace Day, a day first founded in 2009 by Suw Charman-Anderson to celebrate the achievements of women in science. It’s named after Ada Lovelace, who is widely considered to be the very first computer programmer - long before computers as we know it even existed.

Many years later, in 2015, Yale computer scientist Donya Quick did exactly what Lovelace had imagined. She wrote a programme called Kulitta, which composes new music based on existing music styles.

When volunteers listened to fragments of music and rated how likely it was to be composed by a human, Kulitta did better than many other AI-based compositions: People thought the music sounded like music written by a person.

Quick’s Kulitta is the type of use of computing power that Ada Lovelace had predicted as early as the 1840s.

Donya Quick received her PhD in Computer Science at Yale University in 2014, and was a Lecturer in the department from 2014-2016.

The full article is at Forbes.com.