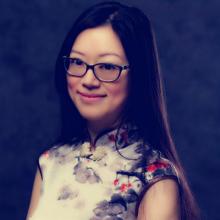 The big data boom in recent years covers a wide spectrum of heterogeneous data types, from text to image, video, speech, and multimedia. Most of the valuable information in such “big data” is encoded in natural language, which makes it accessible to some people—for example, those who can read that particular language—but much less amenable to computer processing beyond a simple keyword search.

My focused research area, cross-source Information Extraction (IE) on a massive scale, aims to create the next generation of information access in which humans can communicate with computers in any natural language beyond keyword search, and computers can discover accurate, concise, and trustable information embedded in big data from heterogeneous sources. The goal of IE is to extract structured facts from a wide spectrum of heterogeneous unstructured data types. Traditional IE techniques are limited to a certain source X (X = a particular language, domain, limited number of pre-defined fact types, single data modality, …). When moving from X to a new source Y, we need to start from scratch again by annotating a substantial amount of training data and developing Y-specific extraction capabilities.

In this talk, I will present a new Universal IE paradigm to combine the merits of traditional IE (high quality and fine granularity) and Open IE (high scalability). This framework is able to discover schemas and extract facts from any input data in any domain, without any annotated training data, by incorporating distributional semantics and symbolic semantics.  It can also be extended to thousands of languages and multiple data modalities (text, images, videos) by constructing a multi-lingual multi-media multi-task common semantic space and conducting transfer learning across sources. The resulting systems have won top performance at many NIST international research evaluations and been selected for DARPA and ARL demos and transitions.

Heng Ji is the Edward P. Hamilton Chair Professor in Computer Science at Rensselaer Polytechnic Institute. She received her Ph.D. in Computer Science from New York University. Her research interests focus on Natural Language Processing, especially on Information Extraction and Knowledge Base Population. She was selected as “Young Scientist” and a member of the Global Future Council on the Future of Computing by the World Economic Forum in 2016, 2017 and 2018.  She received “AI’s 10 to Watch” Award by IEEE Intelligent Systems in 2013, NSF CAREER award in 2009, Google Research Awards in 2009 and 2014, IBM Watson Faculty Award in 2012 and 2014, and Bosch Research Awards in 2015, 2016 and 2017.  She coordinated the NIST TAC Knowledge Base Population task since 2010, and led various government sponsored research projects, including the DARPA DEFT TinkerBell team consisting of seven universities (Columbia, Cornell, JHU, RPI, Stanford, UIUC and UPenn) and the ARL NS-CTA Knowledg Networks Construction task.  She has served as the Program Committee Co-Chair of several conferences including NAACL-HLT2018.  Her research has been widely supported by the U.S. government (NSF, DARPA, ARL, IARPA, AFRL and DHS) and industry (Bosch, Google, IBM and Disney).