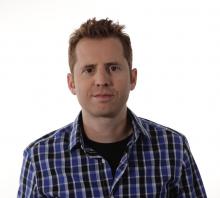 With deep learning, deep neural networks have produced state-of-the-art results in a number of different areas of machine learning, including computer vision, natural language processing, robotics and reinforcement learning. I will summarize three projects on better understanding deep neural networks and improving their performance. First I will describe our sustained effort to study how much deep neural networks know about the images they classify. Our team initially showed that deep neural networks are “easily fooled,” meaning they will declare with near certainty that completely unrecognizable images are everyday objects. These results suggested that deep neural networks do not truly understand the objects they classify. However, our subsequent results reveal that, when augmented with powerful priors, deep neural networks actually have a surprisingly deep understanding of objects, which enables them to be incredibly effective generative models that can produce a wide diversity of photo-realistic images. Second, I will summarize our Nature paper on learning algorithms that enable robots, after being damaged, to adapt in 1-2 minutes and soldier on with their mission. This work combines a novel stochastic optimization algorithm with Bayesian optimization to produce state-of-the-art robot damage recovery. Third, I will describe our recent Go-Explore algorithm, which dramatically improves the ability of deep reinforcement learning algorithms to solve previously unsolvable problems wherein reward signals are sparse, meaning that intelligent exploration is required. Go-Explore solves Montezuma’s Revenge, considered by many to be a grand challenge of AI research. I will also very briefly summarize a few other machine learning projects from my career, including our PNAS paper on automatically identifying, counting, and describing wild animals in images taken remotely by motion-sensor cameras.

Jeff Clune is the Loy and Edith Harris Associate Professor in Computer Science at the University of Wyoming and a Senior Research Manager and founding member of Uber AI Labs, which was formed after Uber acquired a startup he helped lead. Jeff focuses on robotics and training deep neural networks via deep learning, including deep reinforcement learning. Since 2015, a robotics paper he co-authored was on the cover of Nature, a deep learning paper from his lab was on the cover of the Proceedings of the National Academy of Sciences, he won an NSF CAREER award, he was an invited speaker at the NeurIPS Deep Reinforcement Learning Workshop, he was invited to give a forthcoming ICML tutorial, and his deep learning papers were awarded honors (best paper awards and/or oral presentations) at the top machine learning conferences (NeurIPS, CVPR, ICLR, and ICML). His research is regularly covered in the press, including the New York Times, NPR, NBC, Wired, the BBC, the Economist, National Geographic, the Atlantic, the New Scientist, the Daily Telegraph, Science, Nature, and U.S. News & World Report. Prior to becoming a professor, he was a Research Scientist at Cornell University, received degrees from Michigan State University (PhD, master’s) and the University of Michigan (bachelor’s).