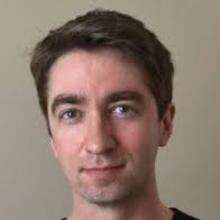 An Almost-Linear Time Algorithm for Maximum Flow and More

In this talk, I will explain a new algorithm for computing exact maximum and minimum-cost flows in almost-linear time, settling the time complexity of these basic graph problems up to subpolynomial factors.

Our algorithm uses a novel interior point method that builds the optimal flow as a sequence of approximate minimum-ratio cycles, each of which is computed and processed very efficiently using a new dynamic data structure.

This talk is based on joint work with Li Chen, Yang P. Liu, Richard Peng, Maximilian Probst Gutenberg, and Sushant Sachdeva. Our result appeared in FOCS’22 and won the FOCS best paper award.

Rasmus Kyng is an assistant professor of theoretical computer science at ETH Zurich. Before joining the department in 2019, he was a postdoctoral fellow and Harvard SEAS and the Simons Institute at UC Berkeley. In 2017, he received a PhD in computer science from Yale University, where he was advised by Daniel Spielman.