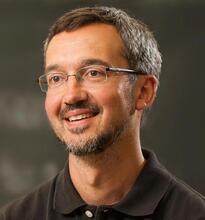 Title: Storage Systems Then And Now

Storage technology has undergone rapid change in the past years. For many decades, hard disk drives were the dominant medium; then, Flash-based systems came into existence and started to dominate in some regimes (e.g., where performance was critical). Now, a proliferation of new technologies, often called “persistent memories”, are threatening to redefine the storage landscape even further. In this talk, I will examine these technology trends, and discuss how storage systems will change to accommodate them. I will also focus on aspects of storage that will likely stay the same, regardless of technology.

Remzi Arpaci-Dusseau is the Grace Wahba professor and Chair of the Computer Sciences Department at UW-Madison. He co-leads a research group with Professor Andrea Arpaci-Dusseau.  Together, they have graduated 26 Ph.D. students and won numerous best-paper awards; many of their innovations are used by commercial systems. For their work, Andrea and Remzi received the 2018 ACM-SIGOPS Weiser award for “outstanding leadership, innovation, and impact in storage and computer systems research” and both are Fellows of the ACM for “contributions to storage and computer systems.” Remzi has won the SACM Professor-of-the-Year award six times, the Rosner “Excellent Educator” award, and the Chancellor’s Distinguished Teaching Award. Andrea and Remzi’s operating systems book (www.ostep.org) is downloaded millions of times yearly and used at numerous institutions worldwide. He has also served as a technical advisor or consultant for numerous companies, including Google, Huawei, Microsoft, NetApp, and Samsung.