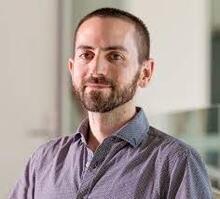 Estimating and characterizing noise in quantum devices is essential for progress toward a fault-tolerant quantum computer. However, most approaches to estimating noise only work on a few qubits at a time owing to the difficulty of the solving a many-body problem. In this talk, I will describe ACES, a method for scalable noise metrology of quantum circuits that stands for Averaged Circuit Eigenvalue Sampling. It simultaneously estimates the individual error rates of all the gates in collections of quantum circuits, and can even account for space and time correlations between these gates. ACES strictly generalizes the commonly used methods of randomized benchmarking (RB), interleaved RB, simultaneous RB, and several other related techniques. However, ACES provides much more information and provably works under strictly weaker assumptions than these techniques. Finally, ACES is extremely scalable: we demonstrate with numerical simulations that it simultaneously and precisely estimates all the Pauli error rates on every gate and measurement in a 100 qubit quantum device using fewer than 20 relatively shallow Clifford circuits and an experimentally feasible number of samples. By learning the detailed gate errors for large quantum devices, ACES opens new possibilities for error mitigation, bespoke quantum error correcting codes and decoders, customized compilers, and more.