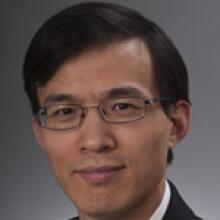 In Memory Computing with Emerging Hardware

It becomes increasingly difficult to improve the speed-energy efficiency of traditional digital processors because of limitations in transistor scaling and the von Neumann architecture. To address this issue, computing systems augmented with emerging devices such as resistance switches offer an attractive solution. Because of its non-volatility, small size, and fast switching speed, a resistance switch consumes only a small amount of energy to update the internal state while requires no power to maintain the state. Built into large-scale crossbar arrays, they perform in-memory computing by utilizing physical laws, such as Ohm’s law for multiplication and Kirchhoff’s current law for accumulation. The current readout at all columns is finished simultaneously regardless of the array size, offering a huge parallelism and hence superior computing throughput.

In this Lecture, fundamentals of a number of emerging resistance switching devices, namely, PCM, RRAM, MRAM and FeRAM will be introduced first. The required device properties for in-memory computing in artificial neural networks will then be elaborated. Finally, large array integration and applications of such emerging hardware as AI accelerators will be discussed.

Dr. Xia is a professor of Electrical & Computer Engineering at UMass Amherst and head of the Nanodevices and Integrated Systems Lab (http://nano.ecs.umass.edu/). Before joining UMass, he spent three years at Hewlett-Packard Laboratories. He received his Ph.D. in Electrical Engineering in 2007 from Princeton University. Dr. Xia’s research interests include beyond-CMOS devices, integrated systems and enabling fabrication & integration technologies, with applications in machine intelligence, reconfigurable RF systems and hardware security. He is a recipient of DARPA Young Faculty Award (YFA), NSF CAREER Award, and the Barbara H. and Joseph I. Goldstein Outstanding Junior Faculty Award.