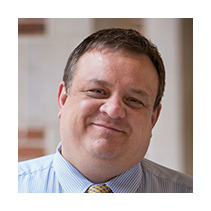 Professor Dragomir (Drago) Radev has been awarded the 2022 ACL Distinguished Service Award for his longstanding and sustained service to the ACL in a variety of leadership and service roles. Professor Radev received his PhD in 1999 from Columbia University and his areas of research in NLP include graph-based analysis, text summarization, and social science applications. Radev is a Fellow of the ACL, the ACM, AAAI, and the AAAS.

Radev has a continuous record of service to ACL over nearly 30 years, as ACL secretary, NAACL treasurer, and several other roles. The role of ACL Secretary is many-faceted and requires constant monitoring and upkeep. Professor Radev is also one of the co-founders of the North American Computational Linguistics Open Competition (formerly called the North American Computational Linguistics Olympiad). His role in NACLO is extensive: as program chair, webmaster, and coach. This service shows Radev’s dedication to education of the next generation of ACL scholars, and to international cooperation.