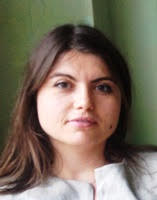 February 23, 2017
Mariana Raykova, an Assistant Professor in Yale’s Computer Science Department and a 2006 graduate of Bard College, will receive the John and Samuel Bard Award in Medicine and Science at Bard’s Commencement ceremony on May 27, 2017.
The John and Samuel Bard Award is named for the two 18th-century physicians, father and son, whose descendant, John Bard, founded the college. The award honors scientists whose achievements demonstrate the breadth of concern and depth of commitment that characterized these pioneer physicians. Previous recipients have included Nobel laureates Linus Pauling and Rosalyn Sussman Yalow, as well as Mathilde Krim and Lewis Thomas. The medal was presented for the first time to an alumnus in 1990, and since then the tradition of honoring those close to the college has continued.
After graduating from Bard in 2006, Raykova received a PhD from Columbia, then served as a postdoc in the cryptography group at IBM T. J. Watson Research Center and as a computer-science researcher at SRI in Menlo Park, CA. She has been a member of the Yale faculty since January 2016.