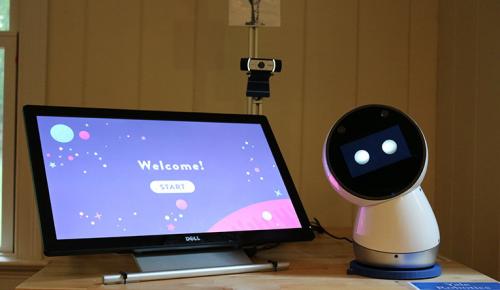 A study led by Yale researchers found significant improvements in the social skills of children with Autism Spectrum Disorder (ASD) after a month of working with robots.

Modeling eye contact and other social behaviors, the robots guided the children of 12 participating families through storytelling and interactive games designed to promote social skills such as emotional understanding, taking turns, and seeing things from others’ perspectives. The results are published Aug. 22 in Science Robotics.

The study, led by Brian Scassellati, professor of computer science, began with a baseline assessment of the children’s skills and emotional development. One month later, a robot was placed in each of the homes, and the children worked with the robots for 30 minutes every day for 30 days. For the last part of the study, researchers assessed the children again one month later to measure their progress.

The research was supported by the U.S. National Science Foundation under the Expeditions in Computing program.