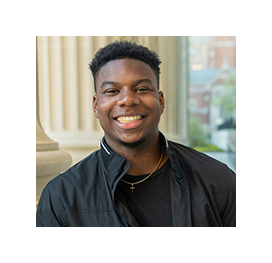 Growing up as a scholar-athlete in Texas, Seun Omonije already knew plenty of football moves before he arrived in New Haven nearly four years ago.

But Yale taught the 22-year-old graduating senior from Silliman College a new move — the quantum pivot.

In 2020, after the Ivy League canceled the football season due to public health concerns over COVID-19, Omonije, a wide receiver, was able to shift more of his attention to his computer science major. That decision, he says, led him to new friendships, new research opportunities, and a clear path to a career in quantum computing.

“I made a pivot,” Omonije says. “I still trained my hardest, physically, but I kept doing more coding, kept learning new quantum concepts. I found ways to apply myself to other things.”

Omonije is a founding board member of the Yale Undergraduate Quantum Computing (YuQC) group — whose 2021 Quantum Coalition Hack with Stanford attracted 2,100 entrants from 80 countries — and he served as a teaching assistant for a software engineering course on campus.

He has completed a pair of software engineering internships at Google, one working remotely with Google Cloud in Los Angeles and the other with Google Quantum AI in the San Francisco Bay area. Omonije helped build the first tool for 3D visualizations of quantum circuits among other models in quantum theory using Python and Typescript. After graduation, he’ll be moving to Los Angeles and taking a full-time job at Google Quantum AI.

He credits Yale for his quantum cred.

“The faculty and coursework exposed me to so many areas of fundamental quantum theory and computation, and ways I can apply those concepts,” Omonije says. “I was actually doing research on quantum control systems and quantum software. Yale showed me what was possible in quantum computing.” 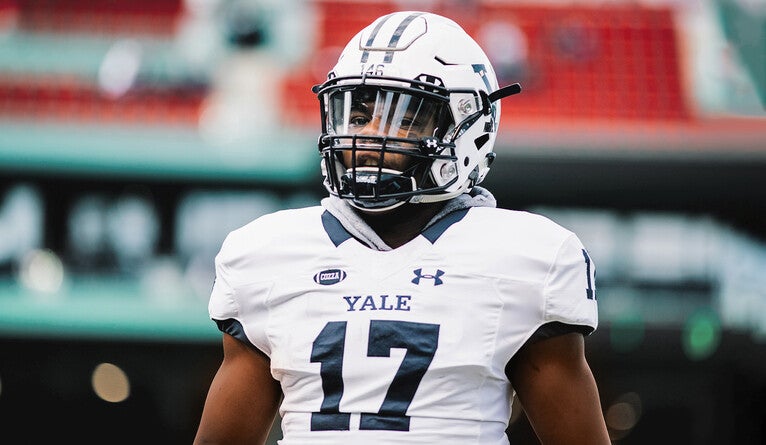 Now that he’s nearly finished his senior year — a year in which injuries kept him off the playing field during games — Omonije has begun to reflect on his Yale experience. He said he is grateful for the friendships he’s made among his football teammates, his close-knit community at Silliman, and his fellow students at YuQC. Likewise, he’s glad to have had the chance to sample so much that Yale had to offer, including fine arts and performing arts.

“When I came to Yale, I didn’t know what I wanted to do or who I wanted to be,” he says. “I’m proud of the personal growth I experienced, that through all of the stuff that didn’t go the way I planned, I still accomplished so many things.

“All things considered, this is just the beginning of my journey, and I’m looking forward to putting my head down and getting to work on this next chapter of life.”