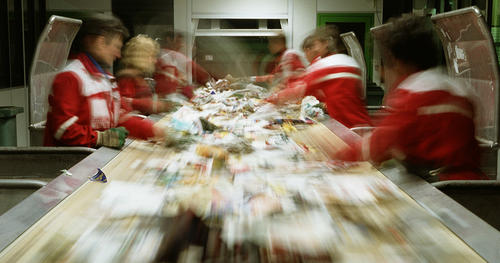 Last year China announced that it would reject almost all recyclables imported from other countries due in part to the amount of “impurities” — or non-recyclable materials — in the waste that then slowed recovery processes and reduced profitability. Now more countries from south and southeast Asia are considering similar bans, a trend that could create enormous stockpiles of waste and imperil the global recycling industry.

During a four-year research project, funded by the National Science Foundation (NSF), an interdisciplinary team of researchers, including Prof. Brian Scassellati, will examine whether a collaboration between humans and robots can improve the quality of these recyclables and the profitability of this vital yet struggling sector. At the same time, they will evaluate opportunities to create new human jobs that complement these automated systems.