THE WASHINGTON POST ‘Racism in our curriculums isn’t limited to history. It’s in math, too,’ says Prof. Theodore Kim 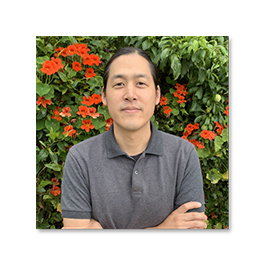 Virginia’s 2021 gubernatorial race revealed that the education wars will play a major role in politics for the foreseeable future. Debates over how history gets taught in schools and universities are increasingly framed in relation to “critical race theory,” a term that has been used to mean almost anything. However, the conversations are difficult even in subjects such as math, which is perceived, incorrectly, as a neutral space outside the reach of structural racism and national histories.

These tensions become clear when teaching RSA encryption, the algorithm that runs on your phone to prevent hackers from stealing your credit card number. Learning about RSA encryption is usually preceded by lessons on Euclid’s Algorithm and the Chinese Remainder Theorem (which, ironically, shares an acronym with critical race theory, CRT).

The juxtaposition is jarring: The Greek scholar Euclid (300 B.C.) gets his name attached to an algorithm, while a Chinese scholar’s identity is erased, his work reduced to his nationality. This dichotomy reveals the racial assumptions hidden in seemingly apolitical subjects and how the biases of the past are embedded in the present.

Read the full article by Theodore Kim from The Washington Post at https://www.washingtonpost.com/outlook/2021/12/08/racism-our-curriculums-isnt-limited-history-its-math-too/