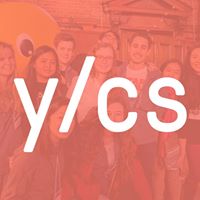 The Yale Computer Society (YCS) is an organization run by undergraduates that is aimed at providing students with a range of opportunities to engage in computer science projects and activities outside of classes.

This spring YCS hosted a competition called The Grace Hopper Prize, in which Yale students designed and built projects related to computer science (similar to a hackathon, but with fewer limitations).

Competition rules and judging criteria can be found on the YCS website.

YCS hosted a Gala at the Grace Hopper College dining hall at which the following winners were announced:

1st place ($500): PhotoOpt is an app which processes videos and selects the “best” frame in which everyone is smiling and no one is blinking.  (Ryan Lim, Robert Tung)